ALMOST THE SAME BUT NOT QUITE

ALMOST THE SAME BUT NOT QUITE 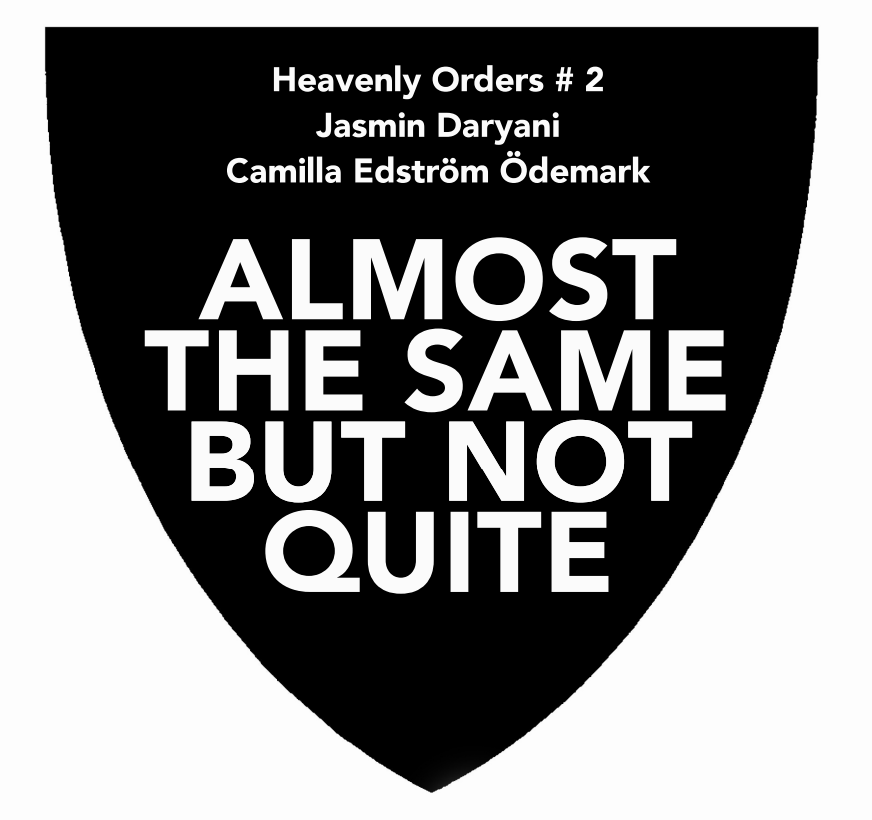 -I just don´t understand why people are concerned about not being called a racist, instead of not beinga racist. Don´t they understand how the things coming out of their mouth tastes like crap?
-I guess, but it´s really uncomfortable discovering you´ve been eating shit for years.
– Yes, but isn´t it just better to realize that? Rather than going through life believing that shit is food?

Sometimes I feel like the level of whiteness in this world overwhelming. The majority of the people on this planet are not white, yet my sister has asked me before meeting new people “do they already know that we’re brown?”.  As if all other colours have to come with a prior warning to let people decide on and practice a non-racist reaction or maybe even come up with a white witty joke to relieve the awkwardness that may follow. Whiteness penetrates all of us. Also people of colour. Most of us, when we hear about an instance of racism our first reaction is to look for an excuse or a justification on the side of the perpetrator.  Maybe the victim was aggressive, maybe they were a criminal, maybe they really were not the best qualified candidate for the sales assistance position even though they ran the biggest mattress company in the whole of Lebanon.  Whiteness can even make you question your own behavior and complicity in situations of injustice.  Maybe I did act suspiciously, maybe I am not good enough for this position, maybe I did hold something in my hand that looked like a gun.

Jasmin Daryani (b. 1988, Tehran) has recently graduated from the MFA program of Konstfack in Stockholm, where she also lives and works. Daryanis body of work ranges from photography, silk-screen, text and installation. In Daryani’s practice she investigates the notion of the social, linguistic and political construction of origin, diaspora and violence. Through revision and repetition, but also by reinscribing the postcolonial term mimicry, she mediates the self in relation to culture and history. Jasmin Daryani’s work has previously been exhibited at Centrum för Fotografi, Trädgården and Liljevalchs Vårsalong in Stockholm.

Camilla Edström Ödemark  (b.1985, Åland) did a BFA at Konstfack, Stockholm where she currently works from. Edström Ödemark works mainly with video and installations. Her practice explores how a subjective identity relates to a national identity, and how this national identity functions as a strategy for inclusion and exclusion. In her works she focuses on how the normative gaze of the national identity represents itself in language and images, and how it influences the identity of, e.g. a white privileged group. Earlier she has exhibited at Third Space Gallery (Helsinki), Mångkulturellt Centrum (Stockholm) and Moderna Bar, Moderna Museet, Stockholm.

Stina Ihle Amankwah (f. 1993, Bergen) studies International and European law at Hague University, and is currently preparing for an internship at  Detroit Workers & Builders i USA,  where she works with human rights in the organization advocating for and with homeless, un-emploied and under-emplied in Detroit. Ihle Amankwah is obsessed about the thought of burning the down the system till there´s not even ashes left, and for Heavenly Orders # 2, Ihle Amankwah contributes with a text, and a set of questions for the artists.

Anna Ihle (f.1984, Stavanger) is this years grant recipient in the municipality of Skien. Ihle has studied at Konstfack, Stockholm and National Institute of Design, Ahmedabad, and have previously shown works at Konsthall C and Uppsala Art Museum, Sweden, and curated shows at Living Art Museum, Reykjavik and Husby Konsthall, Stockholm. For the exhibition series Heavenly Orders, which Ihle and Edström Ödemark initiated, contributors are invited- people who in their work take a firm grip on systems and structures and shake them.

How does the use of the term ethnicity in media and politics unite with the textbook definition of the word?

I experience the term ethnicity as commonly used as a synonym for specific attributes and traits, not at all as it’s textbook definition. It’s very obvious in the debate on mendicants, where a certain ethnicity has become synonymous with being a beggar and the array of negative attributes that comes with it. I have even come across some examples where ”beggar” is synonymous with this specific ethnicity. Although EU-migrant is nowadays the politically correct term to separate the ”them” from us, also suggesting a hierarchy within the EU as the term is charged with negative traits. I base a lot of my work on how oppressive structures as these are proclaimed in language, and how they affect our identity. I’ve found that the use of ethnicity is often a disguise for racist prejudice, and that when this is exposed, the same prejudice finds different ways of being communicated, different terms such as ”EU-migrant” or ”high-risk country” as a charged synonym for non-European, implying a proneness to violence against women. Language and rhetorics can easily be manipulated to affect consensus, and they are tools that far-right and populistic groups have learned to perfection. Sadly, it seems that what is considered ”truth” is what is being uttered often enough.

When are you no longer a foreigner?

I think that this depends on what discourse you are currently in. I moved to Sweden ten years ago, but my fair skin and Swedish mother tongue gives me the ability to pass as a Swede in most settings. And even when I’m recognized as a foreigner, I am never thought of as a ”immigrant” or ”EU-migrant”. These are terms that possesses different attributes that are not compatible with whiteness.

A couple of years ago I lived in a suburban area of Stockholm where over 90 % of us had a foreign background. I often thought of how whiteness is connected to Swedish national identity, as I was confronted by it on a regular basis. There was this one time when I was talking with the guy at the local shop. I always went to the same guy to buy my cigarrettes, and we always chatted for a few minutes at the counter. He asked me how long I had been living in the neighborhood, and I told him that I’d had my 2 years anniversary a few days ago. ”It’s so nice for the neighborhood that you Swedes have started to move here”, he told me. I never replied, but it is probably the most informant thing anyone has ever said to me on the matter of ”being Swedish”.

Is it possible to fully identify with 2 or more ethnicities?

Although I don’t know what it means to ”fully” identify with an ethnicity, I believe it to be possible. Why not? I am myself an Alander and a Swedish-speaking Finn, and when it comes to nationality I identify myself as a Finn and a Swede. None of these are contradictory. I think we must abandon this ridiculous idea that we can only be either this or that. We are complex beings, and identity is never fixed nor static.

How does your relation to ethnicity and identity differ between people who have been part of several cultures since birth or childhood and people who have made ties with a foreign culture as an adult?

Spontaneously, I don’t really have a relation to any potential or non-existent difference between the two. Identity is a lifelong project, it is fluctuant. Any obstacles one might come across when developing one’s identity is imposed by a certain discourse, might it be a colonial, economical or patriarchal, or whatever. But I must stress that I have the comfort of being normative in many ways, so my own search is not so much affected by these oppressive structures. For me, the search is about recognizing the parts of my identity that are part of this oppression, that are part of a structure that I’m trying to fight. The way of life that I have learned to see as standard, as neutral, is not that at all, but privileged. Colonialism and capitalism has placed the world before my feet, it is there for me to enjoy. At the end of the day, I hope I have used my time to expose and oppose this.