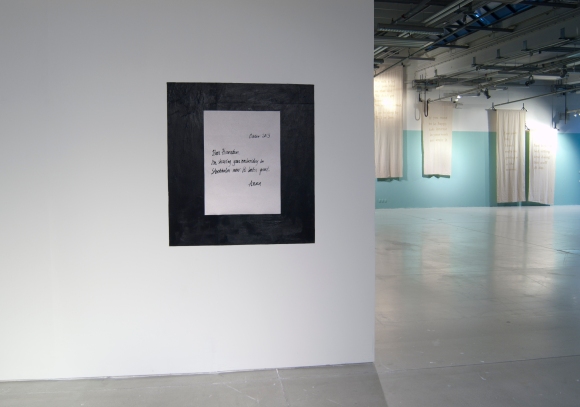 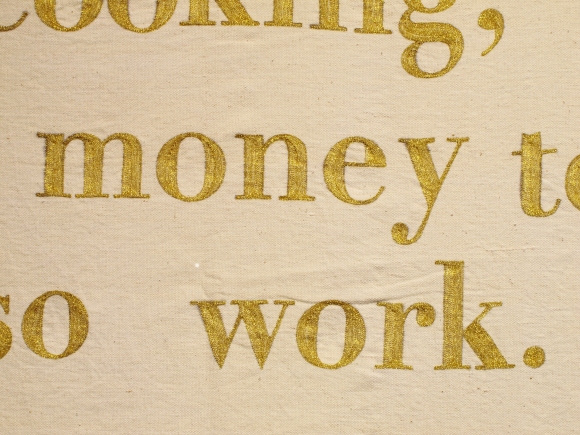 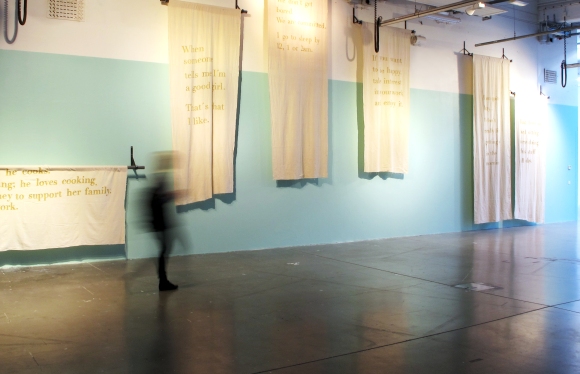 During the exhibition a performance is being held where a personal letter is being read out loud by Anna Ihle sitting on the floor.

You should spin and spin in order to make your heart pure. Mahatma Gandhi´s philosophy is intrinsically connected to textile. He used spinning as a weapon in the liberation process in India, promoting it as a way of a nation to be self sustained, to have the masses involved in local production, rather than mass production. As India had a huge cotton industry, it was a natural place for the liberation movement to put efforts: A thread can be spun anywhere, and by hardly any cost of the spinner. By producing this handmade versatile fabric, India’s economy would gain, instead of relying on imported goods. This textile movement soon became an icon of the Indian freedom movement communicating values of nationalism, equality and self- reliance. The spinning and weaving was promoted as an activity for all classes, all castes. By September 1919, Gandhi had recruited socialites of Bombay to the spinning cause. However, his advocacy was full of ironical twists. As he wrote to Lady Tata, one of the Bombay socialites, he offered to send her a spinning wheel, if she only would send him her car to pick it up.

During 2010/2011 Anna Ihle studied at the National Institute of Design in Ahmedabad, Gujarat, where she learned how to weave. This winter she decided to revisit; to ask people working with handmade textiles how they think about their work. For the exhibition at Konstfack, Anna Ihle is showing works that are based on conversations with people involved in the production of handmade textiles.